Roger is playing the Lord Chancellor in our Iolanthe this March 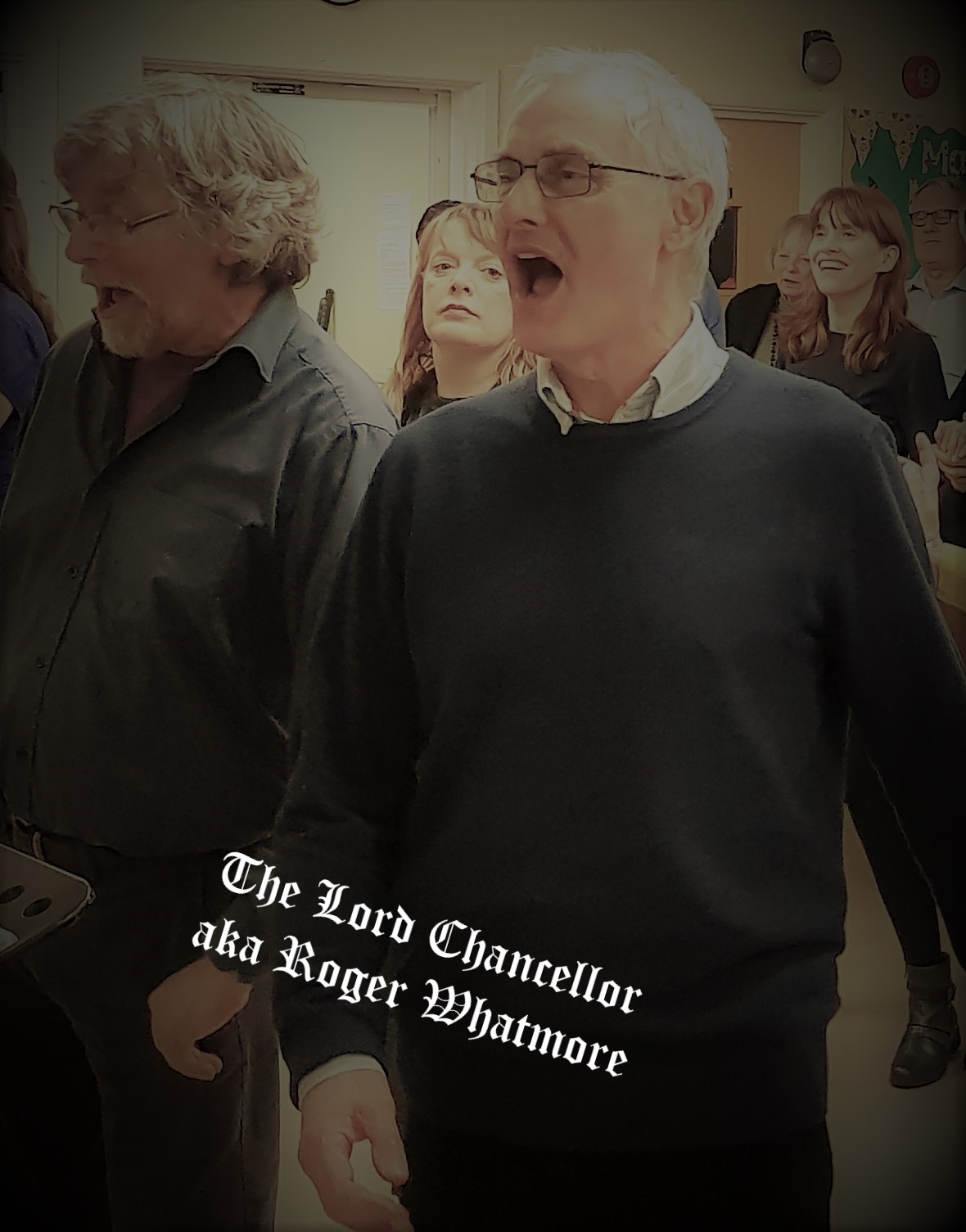 So Ruth asked Roger about his character….

What’s your favourite thing about playing this character?

The challenge of portraying the character in a sympathetic way.? The Nightmare Song has to be the greatest challenge for anyone who aspires to sing patter songs.

Does your character have any hidden talents?

He aspires to be an art connoisseur and even sometimes dabbles as a painter himself.? Ever since his brief marriage to Iolanthe, he has been strangely attracted by the works of the Pre-Raphaelite movement and especially ?The Mid-Summer?s Eve Circle of Fairies? by Glimmersmith and ?The Fairy Funeral? by John Anster Fitzgerald.? He really cannot understand this, as before he met Iolanthe, he thought them to be dreadful daubs!? There?s no accounting for how the mind can change.? Of late, he has become tormented by the nightmare surrealist scenarios of Salvador Dali.

How do you learn your patter song?

I start by putting the words and the line onto my phone, and then at any opportunity ? long car journeys are ideal, for some reason ? I play the words over to myself one stanza at a time, repeating them.? Then I go through and put them to the music.? Eventually it sticks and once I have it completely in my mind, I go through it mentally as often as I can ? usually when I?m doing something else, like walking the dog.

?What is your favourite line or moment in the show??

The interaction between Tolloller and Mountararat in Act 2 ? one of the greatest moments of Gilbertian comic genius.

Why should people come to see Iolanthe?

Iolanthe encapsulates all the humour and absurdity of human frailty in an hour and a half of whimsical comic bliss.? The operetta might have been first performed in 1882, and is well over 100 years old, but it still manages to speak directly to matters that are entirely relevant today, from the absurdity of the political party system and the mindlessness of our political leaders, through the intricacies of legal speech to feminism and power of love to cut-through all our most dearly-held principles.? It combines wonderful Gilbertian satire with some of Sullivan?s most wonderful melodies – ?He loves! If in the bygone years?; stirring (but tongue-in cheek) patriotic songs – ?When Britain really ruled the waves? and jaunty dances ?Soon as we may?.? The combination makes this show an unforgettable evening?s entertainment.

What is on your character’s bookshelf?

Where is Love ? Barbara Cartland

Truth and Beauty: The Pre-Raphaelites and their Sources of Inspiration ? Melissa E. Buron

The Goose has the answers to the iolanthe quiz